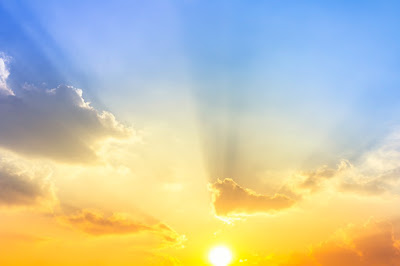 This season of the virus can be a productive season for the church. We must not waste this time when busyness and routine schedules have been removed from our lives. This global phenomenon can be used by the church at large to go beyond waiting for ‘opening up’ to waiting upon and engaging with the Holy Spirit to bring personal inner transformation. Cultural viruses have invaded the church in America and have subtly and slowly formed a church that is passive prophetically, tolerant of evil internally, and dull in discernment spiritually. For many have left their first love, love has grown cold, and distractions of the culture have captured their time and attention. Our children’s and grandchildren’s sports and school activities have become the parental alternative to spiritual engagement and local church participation. Entertainment is supreme for many.

A survey just published (4.24.20) by George Barna on the state of the church in America found that only 6% of Americans have a Biblical worldview. About 1 in 5 born-again believers have a Biblical worldview.  A Biblical worldview does not come by simply believing in Jesus as savior. It comes from immersion in the Word of God, being taught from scriptures rather than from cultural paradigms, being led by the Holy Spirit in the context of the Word, and having eyes to see and a heart to perceive from that foundation.

Barna discovered that American values are not inherently Biblical.  He lists several things that Americans value, with the first five on the list being acceptance, comfort, control, entertainment, and entitlement. These have certainly invaded the church in this nation. These five values in America are primarily derived from external sources rather than from Jesus. Such values, along with many others, reflect the dramatic decline in spiritual engagement and Biblical perception of events, culture, and the Kingdom of God. Much has changed since the founders embarked on and established this place called the United States of America. But much has also changed globally as the clash of kingdoms creates sounds of spiritual and cultural warfare among the nations.

When the Hebrew people returned from exile in Babylon back to Judah and Jerusalem they faced a daunting task. They were called by God to rebuild the temple and the walls of the city. It would require almost 100 years of pushing back opposition, obstruction, and distraction before completing of the task. When they stood before the new temple it did not look like the old, grander, more opulent one. Older people wept. Younger ones wondered why the weeping. But the prophet Haggai declared ‘The glory of this latter temple shall be greater than the former,’ says the Lord of hosts. ‘And in this place I will give peace,’ says the Lord of hosts” (Haggai 2:9 NKJV).

It is time to rethink and reform some personal and corporate spiritual territory as we move forward. We must dig a little deeper, so following scripture becomes a greater reality. Do not conform to the pattern of this world, but be transformed by the renewing of your mind. Then you will be able to test and approve what God’s will is—his good, pleasing and perfect will (Romans 12:2).The words ‘test’ and ‘approve’ imply the concept of discerning or perceiving to reveal things from a heavenly perspective. What is God’s will as we walk through this season of the virus, lockdowns, restrictions, church buildings closed, etc.? As we use this time to engage with Him for personal transformation, we will free ourselves from that which captured our minds and hearts over time. We can cast off old values of the culture and embrace values of the Kingdom of God.  We are on the precipice of a ‘reset’ for the church. Perhaps only a remnant of the church will recognize the ‘greater glory’ as they cross over to this reset. I believe that a remnant can rise up in spiritual strength, internally and externally, to become a church where the glory of the latter is greater than the glory of the former.

Previous
Discernment - An Essential Characteristic For the…