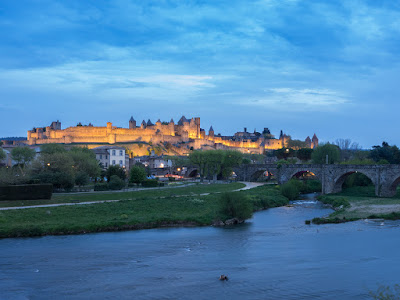 We are in the Hebrew year of 5780. This number in Hebrew interpretation means the year of the ‘mouth’ or the ‘voice’. Since this is the first year of a decade, we consider 2020 as the beginning of an era of voices in the culture being very important. What the enemy is saying and what we are speaking become more critical in the outcome of personal and corporate life.

We see in 2 Kings 18 and 19 a profound example of how the people of God can respond to the voice of Satan that desires to steal, kill and destroy God’s people and take nations captive.  In this account, the Assyrian empire is coming against Judah and King Hezekiah. Hezekiah was a reformer that turned the people towards God and away from pagan worship. The northern kingdom of Israel had already been defeated by Assyria and been led captive.  Only a remnant of God’s people, represented by the people in Judah, remained.

The account begins with the voice of intimidation speaking against the reformer. 19 Then the Rabshakeh (Head of all princes) said to them (Judah), “Say now to Hezekiah, ‘Thus says the great king, the king of Assyria: “What confidence is this in which you trust? 20 You speak of having plans and power for war; but they are mere words. And in whom do you trust, that you rebel against me?” 2 Kings 18:19, 20  NKJV.

The authority of Rabshakeh came from the King of Assyria, the enemy of God’s people. He begins by questioning in whom Judah is trusting that they should resist his demand for submission and surrender. He goes on to intimidate and attempt to sow doubt about King Hezekiah’s truthfulness and leadership.

28 Then the Rabshakeh stood and called out with a loud voice in Hebrew, and spoke, saying, “Hear the word of the great king, the king of Assyria! 29 Thus says the king: ‘Do not let Hezekiah deceive you, for he shall not be able to deliver you from his hand; 30 nor let Hezekiah make you trust in the Lord, saying, “The Lord will surely deliver us; this city shall not be given into the hand of the king of Assyria.” ’ 31 Do not listen to Hezekiah… 2Kings 18:28-31.

Rabshakeh goes on in 2 Kings 18 to reference ‘facts’ and the power of the ‘great king’ of Assyria. The ‘facts’ were that Assyria had defeated several nations; therefore how could anyone oppose them (vs 33-35)? Rabshakeh also used his voice to entice Judah to surrender (vs. 31, 32) by promising a new land with abundance.

The example shows us how the enemy sows doubt about ‘in whom you trust’ and questions your wisdom in your resisting the evil voice. He will use ‘facts’, enticement, intimidation, and any deceptive weapon to get you to submit. He will invoke the authority of the false gods of science, medical professionals, psychology, and other ‘kings’ we are to trust to keep us safe. How you respond to the demonic voice of deception and confusion is key to overcoming. What you speak decrees the outcome of the battle. Are your words birthed in the Kingdom of God? Are they consistent with the New Covenant resurrection power of Jesus Christ? Do they bring life and strength to the battle?

During this current virus ‘crisis’ we hear loud voices crying ‘keep me safe’, ‘shut everything down’. We are experiencing a dimension of this principle of the power of the voice to determine an outcome. In late March our governor in Colorado had a live on-line event communicating his latest restrictions in our state. The primary messaging coming from the online audience was ‘shut it all down’, ‘keep me safe at all costs, we don’t care about what it costs’. If someone in the audience would dissent with a message about the need for ‘freedom’, ‘restrictions being too severe’, or that the ‘cure will be worse than the disease’, multiple messages opposed any dissenting opinions. It was a mob mentality. Shortly after that he shut it all down in this state. This is the day in which we live, a kind of mob mentality reflecting both medical and cultural voices of fear and intimidation… ‘if you don’t do what I say you will die.’ The voice demands submission to the ‘kings’ to save lives.

We are hearing two distinct voices in 2020 as we walk through this national/global crisis. One voice sows doubt in God, mocks prayer, speaks in deceptively extreme outcomes of worldwide disaster, worships the false god of ‘science’, and clouds minds with words of fear. The other voice speaks calmly, words of hope, words of life, words of faith, and words of concern but without fear and panic. I am consistently reminded of Jesus’ warnings to the Jewish leaders when he said they knew how to interpret the weather, but they couldn’t discern the signs of the times (Matt. 16:1-4). The church must discern the voice of God that speaks truth, for application in the church and outside the church. ‘Facts’ of what happened elsewhere do not determine what will happen here, in my house, my city, my nation. The remnant that is rising today does not rely upon facts but upon Yahweh Adonai, the ‘I am your Lord”.

In the account of Hezekiah we see our righteous example. As leader he inquires of the prophet Isaiah as to how to respond to the voice of intimidation. He is intentional and patient before responding. 6 And Isaiah said to them (Hezekiah’s leaders), “Thus you shall say to your master, ‘Thus says the Lord: “Do not be afraid of the words which you have heard, with which the servants of the king of Assyria have blasphemed Me. 7 Surely I will send a spirit upon him, and he shall hear a rumor and return to his own land; and I will cause him to fall by the sword in his own land.” ’ ” 2 Kings 19:2-7

The word of the Lord assures Hezekiah not to doubt God or quiver and quake in fear. It is God that has been mocked by questioning the authority and power of Yahweh.  Isaiah’s spirit-led words became the response for Hezekiah and all of Judah. Isaiah spoke God’s word to the situation. The words the Spirit of the Lord brought life to Judah and would bring death to the enemy of God’s people.

Many Christians today open themselves to fear and intimidation by listening to and embracing words that are not from the Kingdom of God. The result is doubt, deception, and confusion, the central narratives of the Satanic kingdom. As of early April we are now hearing that the science behind the catastrophic predictions of massive deaths due to the virus were horribly wrong. Much of the data and the underlying assumptions the ‘experts’ used were incorrect or, at best, a guessing game.  Yet these projections have been communicated as ‘science’ to shut down nations, churches and businesses.

Be careful what we embrace as ‘truth’. We overcome the Rabshakeh voice of this day by listening to and responding with the voice of the Lord, that which the Spirit of God is releasing today. And the prophet Isaiah speaks the outcome of the verbal and situational battle by declaring:  Therefore thus says the Lord concerning the king of Assyria:  ‘He shall not come into this city, nor shoot an arrow there, nor come before it with shield, nor build a siege mound against it.33 By the way that he came, by the same shall he return; and he shall not come into this city,’ says the Lord.34 ‘For I will defend this city, to save it for My own sake and for My servant David’s sake.’ ” 2 Kings 19:32-34

The Word of the Lord coming through many experienced prophets today can bring life and strength, truth and hope, faith and victory to this battle. The Voice of the Lord trumps the voices of the culture. Choose this day the voice you will embrace and the words you will speak. Judah was small in military strength compared to Assyria. They were a remnant that chose to listen and respond with the Voice of God. It only takes a remnant of the church to overcome the majority voices of ‘great kings’ in the culture. Let us be that voice! Then… we will crossover at Passover!