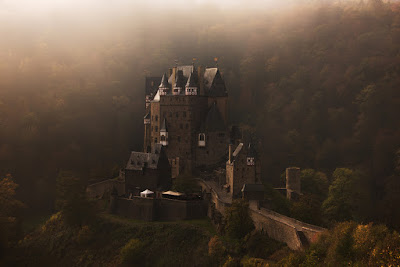 “Why do you call me, ‘Lord, Lord,’ and do not do what I say? As for everyone who comes to me and hears my words and puts them into practice, I will show you what they are like. They are like a man building a house, who dug down deep and laid the foundation on rock. When a flood came, the torrent struck that house but could not shake it, because it was well built. Luke 6:46-48 NKJV

There is a whole lot of shaking going on in the world right now! The coronavirus, the global stock markets, the political shifts in Europe, etc. have released a ‘shaking’ in people and in governments.

The coronavirus, in particular, has the media fueling the fire of human emotion by reporting each and every new global case. I read a headline on Sunday published in a major media outlet that in bold print said; ’One new case of Coronavirus in Chicago!’ Not really news worthy information, but trying to be so.  The response of many people is to embrace a frenzy of fear, blame and paranoia. I can understand the frenzy in the political and non-Christian world. There is no rock upon which their corporate security and safety is constructed. They’re not responding, ‘like a man building a house, who dug down deep and laid the foundation on rock. When a flood came, the torrent struck that house but could not shake it, because it was well built’ (Luke 6:48 NIV). But I also see irrational fear and frenzy in some Christian circles. So I wonder…how much of their house, their life, and their worldview are built upon the Rock of Christ. Or, how much of their life is built upon the shifting sands of cultural currents? Jesus said, “But the one who hears my words and does not put them into practice is like a man who built a house on the ground without a foundation (the sand Matt. 7:26). The moment the torrent struck that house, it collapsed and its destruction was complete.” Luke 6:49

We live in times that demand a level of discernment and prophetic perception to hear and see through the clutter and chaos of voices. The voices come like a flood to your natural senses attempting to overwhelm. There is now, and will continue to be, global shakings. Will you be shakeable or unshakeable?  The writer of Hebrews says, since we are receiving a kingdom which cannot be shaken, let us have grace, by which we may serve God acceptably with reverence and godly fear. If we have received an unshakeable kingdom by believing completely in Jesus Christ, then let us live in, reside, and take up residency in that Kingdom. We must perceive events from the perspective of that unshakeable kingdom!

When Jesus was speaking to the Jewish people he said to them, “When it is evening you say, ‘It will be fair weather, for the sky is red’; and in the morning, ‘It will be foul weather today, for the sky is red and threatening.’ Hypocrites! You know how to discern the face of the sky, but you cannot discern the signs of the times” (Matt. 16:2, 3 NKJV). Jesus the Rock chastised them for leaning upon the natural world view and the natural senses, but unable to discern or interpret the signs of the times. They were spiritually calloused thus hardened in their ability to discern, perceive, and understand beyond the natural.

The times demand a continual connection with the Holy Spirit to resist and overcome the volume and deception of media voices.  The Coronavirus frenzy is an indicator event for us to self-check our building construction.  We cannot walk in the discernment and prophetic perception demanded in these times unless we have built our house on the Rock and continually live from the stability, firmness, and assurance provided by the Rock. Where have you built your house?