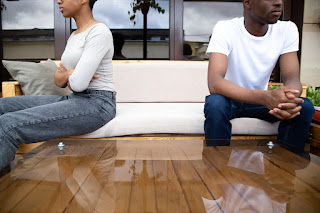 For doubtless there have to be factions or parties among you in order that they who are genuine and of approved fitness may become evident and plainly recognized among you. ~ 1 Corinthians 11:19

This is my third and final post in this series on peace and division.

We see Biblical peace failing to take hold amidst the global mix of secular worldviews and religious systems that simply do not accept the truth of Jesus Christ as reflected in Biblical text. There is conflict rather than commonality. For example, we find in Islamic countries that the very name and claim of Jesus as Messiah and King is not only rejected but often brings great persecution and even death to those who offer the peace of Jesus. In such cases, Jesus is the sharp sword of truth that creates division.  He serves as the sword of clarity between truth and falsehood. It is the sword that serves as a spiritual weapon found in the Word of God that brings understanding to some and rejection from others. It is sharp enough to distinguish between things of the soul and things of the Spirit (Ephesians 6:17; Hebrews 4:12)

In Paul’s letter to the Romans he admonishes the believers to watch out for those who cause divisions. I urge you, brothers and sisters, to watch out for those who cause divisions and put obstacles in your way that are contrary to the teaching you have learned. Keep away from them (Romans 16:17).  While Jesus himself will cause division, this scripture has a different context. We note that such divisions result from teaching that opposes the truth that has been received.  So Paul’s concern was division caused by those who brought teaching that was opposed to that which the apostles brought to the churches.

Some time ago, Deborah and I were in a certain town in Uganda ministering the gospel. What we were teaching over several days was initially received with excitement and embraced. Yet the enemy used a couple people in the town to bring confusion to some of the people. The gospel was a sword of clarity that distinguished truth from lies. Just as in the parable of the sower (Luke 8:1-15), the enemy plucked up the word we had sown before it could take root.  Some of the people accepted the gospel in its clarity, but others rejected it. We offered peace but it was rejected. The result was division. We still go back to that town to minister to those with the ‘good and noble heart’ where the word goes into good soil and produces fruit.

Currently, there are significant divergences from scripture occurring in denominations and local churches. There comes a dividing point, a fork in the road for individuals, churches, and denominations to adhere to the apostolic teaching of scripture or separate. The dividing point is the way of the secular world system; the culture then shifts towards ‘everyone does as he sees fit’. The other way follows the way of Christ, the offer of peace through Christ, the Biblical worldview based upon scripture where we believe and do as ‘Christ sees fit’.

Paul revealed there were divisions in the church in Corinth because some were coming to the church gatherings only to eat and drink and not to worship.  For in the first place, when you assemble as a congregation, I hear that there are cliques (divisions and factions) among you; and I in part believe it, For doubtless there have to be factions or parties among you in order that they who are genuine and of approved fitness may become evident and plainly recognized among you. So when you gather for your meetings, it is not the supper instituted by the Lord that you eat…1 Corinthians 11:18-20. Paul spoke to division caused by wrong motives and the evidentiary ‘fitness’ of the believers present! In other words…some people had wrong motives and beliefs for gathering that was leading to division in the church. Some came to worship in spirit and in truth. Others came to eat, drink and be merry.

We live in a time of chaotic global events, divided hearts, conflicting worldviews and, I believe, the beginning of separating the sheep from the goat nations. As we move into 2020 there will become an even greater separation in the church across the global sphere. However, a new level of clarity will result for those who can discern and perceive with spiritual insight and understand with a Biblical worldview versus those grounded in the secular and intellectual worldview. The times will be very divisive in both the political and spiritual realms. It must be so. But be encouraged! Jesus would say to you, ‘Peace I leave with you; my peace I give you. I do not give to you as the world gives. Do not let your hearts be troubled and do not be afraid (John 14:27NIV).  Cling to the inner peace Jesus gives you. Walk through the external conflicts without inner conflict.  Persevere through the external battles and chaos in PEACE!

Previous
Peace...AND a Sword!
Next
Built on The Rock