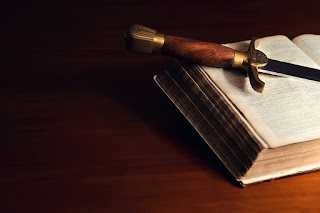 This is the second in a three-part series on ‘peace and division’.

The earthly reality of peace between people and nations is conditioned on a two-way exchange of peace. This may be in the form of personal reconciliation, a corporate agreement of unity, an international treaty, etc. This kind of peace often has an exit clause, either in hearts or on paper, makes way for separation. Conditional peace is based in (1) a common interest in peace, and (2) common core principles. For believers with a Biblical worldview grounded in the truth of Jesus both their peace and principles are very important. For such believers who embrace the presence of the Holy Spirit, submit to the counsel of scripture, and can discern spiritual dimensions, peace with those with secular, intellectual worldviews is possible. However, agreement on core principles will usually be lacking thus true peace is unlikely.

This earthly, or horizontal, peace is based upon willingness of two parties to be in agreement with a common interest in peace grounded in common principles and beliefs. Where the principles are not common, the interest is not there, or the motivations are unrighteous, there cannot be real peace between even two people, much less between nations. There will be conflict even if superficial peace rests on the surface. Where there is conflict there is also division.

Scripture also shows us that Jesus also came to bring division. In Luke 12:51 Jesus says, “Do you think I came to bring peace on earth? No, I tell you, but division.” Where there is division there is lack of earthly peace. In this sense Jesus will be the cause of division, even in families! He caused division in the culture of his day, in the nation of Israel, and in the Roman Empire. His followers were persecuted, mocked, and some sent to the Coliseum in Rome to be killed as entertainment.

What a seeming inconsistency for a ‘man of peace’! Jesus also says, “Do not suppose that I have come to bring peace to the earth. I did not come to bring peace, but a sword. 35 For I have come to turn “‘a man against his father, a daughter against her mother, a daughter-in-law against her mother-in-law—36 a man’s enemies will be the members of his own household.’ 37 “Anyone who loves their father or mother more than me is not worthy of me; anyone who loves their son or daughter more than me is not worthy of me” (Matthew 10:34-37 NIV).  It is clear that the presence and reality of Jesus is not one-dimensional, only peaceful, but is multi-faceted based upon the offer and the receptivity to HIS PEACE. The result can be peace or division!

He tells the believer to offer peace when coming into another’s presence such as a home. However, the offer of peace may not always be regarded with respect and accepted in Godly fashion.  “As you enter the home, give it your greeting.  If the home is deserving, let your peace rest on it; if it is not, let your peace return to you.  If anyone will not welcome you or listen to your words, leave that home or town and shake the dust off your feet.” Matthew 10:12-14.  The amplified translation says it this way, ‘Then if indeed that house is deserving, let come upon it your peace [that is, freedom from all the distresses that are experienced as the result of sin]. But if it is not deserving, let your peace return to you.’ There are beliefs, distresses, sin, worldviews, and world systems that simply will not understand, believe, or receive the peace that lies within the believer in Christ. In the global sphere we know that Islam and Christianity can exist together, but the offer of real peace, through Jesus is usually rejected and often met with persecution and even death to those who offer it. We cannot expect peace, no matter how sincere the offer, when the demonic realm undergirds those who hear the offer.

In America we are seeing deep chasms of division, some of which have been obscured by superficial peace for many years. Now we are seeing these divisions surface openly and lead to tangible fractures and separations. A Methodist denominational committee’s recent recommendation to separate the denomination into two separate groups comes following almost two decades of conflict over gay and lesbian issues in the church. If approved by the full denominational conference later this year, one Methodist group will follow scripture by not conducting gay or lesbian marriages nor the ordination of openly gay/lesbian leaders. The other group will follow the culture and embrace both the gay/lesbian marriages and ordination of gay/lesbian leaders. The offer of peace by the scripturally adherent group has been repeatedly rejected due to divergent values, worldviews and motives within the gay/lesbian activists.

Such divisions are necessary and will become more common in the coming years to bring clarity of values and make Biblical worldviews vividly apparent. Things are shaking! But, Do not let your hearts be troubled and do not be afraid (John 14:27NIV) for Jesus is still the King of Peace for those who embrace him fully and walk in His ways! Hallelujah!


Click here to read part one of this series, Jesus Came To Bring Peace, Right?