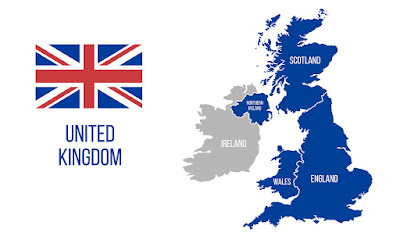 Then a voice came from the throne, saying: “Praise our God, all you
his servants, you who fear him, both great and small!” Then I heard
what sounded like a great multitude, like the roar of rushing waters and
like loud peals of thunder, shouting: “Hallelujah! For our Lord God
Almighty reigns. Let us rejoice and be glad and give him glory!
Revelation 19:5-7a

Our local church has dedicated the month of
October to intercede for England and the UK on behalf of the good fight
for freedom. Nations have specific callings and purposes for the Kingdom
of God. This nation has greatly impacted the world with the gospel,
including parts of East Africa where 80% of the population is now
Christian. As encouragement to our believing friends in the UK, know
that many in the church in America are standing with those who desire to
break from Brussels. Your plight does not go unseen by the Father or by
those who have a Christ Kingdom worldview.

As we have been
worshiping and interceding for your nation, there has been prophetic
impartation for you; those who see from a heavenly perspective, hear the
Spirit of God calling to you, and discern the times. Your weapons are
not of the flesh but they are mighty to pull down strongholds that hold
and restrict your nation from greater things. Your melody, your
declarations, your intercession and your voice are releasing a clarion
call that is two-fold. In one dimension it is warfare against
principalities and powers allied against you. As you release sounds of
the Kingdom of God, there is a breakthrough in the spiritual atmosphere
that is leading to a breakthrough in the government of men. There are
sounds that are of heaven and not of earth. The Lion of Judah is roaring
to declare dominion and you are partnering with Him. You are in the
midst of a clash of kingdoms, but the light of Jesus is piercing the
darkness. The principalities and powers of the air are in fear. They are
frantically clinging to what has been their territory, trying to
enslave. They fear losing territory to another king, the King of Kings
and Lord of Lords. But they will be defeated.

There is another
dimension to what you release that will directly affect the natural ears
and eyes of your government and other nations. When you voted in 2016,
you sent shock waves throughout the earth. Only the prophets and a
remnant of the church could perceive that God was using your nation as a
catalyst to cross over into a new dispensation. The voice of people in
England/UK was as rocks crying out to praise the King, and to move the
dial toward being a sheep nation. The rocks were not just some in the
church but the many people outside who would not understand such
spiritual concepts, though they have a spiritual DNA from the roots of
the nation that continually cries for freedom. It is time to compete and
not to comply. Your voice has encouraged America, Hungry, Poland and
other nations to a hope of possibilities and fulfillment of Kingdom
purposes. As we have been worshiping and interceding for your nation, a
prophet declared that as England/UK becomes free, a gateway will be
opened for many to follow.

Be courageous, take courage. I say
take courage and release your Kingdom sounds in this day and hour for
you are called and commissioned to again bring the freedom of the Gospel
of the Kingdom to nations. You are called to release the captives and
set prisoners free. You are called to rise above that which surrounds
you. You are a Kingdom Gateway. As you break from Brussels you enter new
territory as Joshua did in crossing the Jordan River. The miracle of
crossing over will require perseverance in the battles that lie ahead to
possess the land. Contend for the land. It will be from battle to
battle and victory to victory. Be assured brothers and sisters of the
remnant, Christ always leads you in a triumphal procession!!!
“Hallelujah! For our Lord God Almighty Reigns!