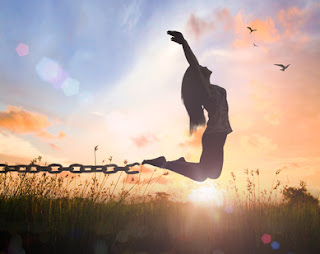 Therefore if the Son makes you free, you shall be free indeed. John 8:36 NKJV

In America, the month of June that has been declared ‘Gay Pride Month’.  This declaration was made by former President Clinton and expanded by President Obama. The impact has led to progressive destruction for the nation.  We have moved from gay pride to pride in all forms of non-heterosexual behavior. The month is now recognized by some as pride in a plethora of sexual choices under the banner of LGBTTQQIAAP (lesbian, gay, bisexual, transgender, transsexual, queer, questioning, intersex, asexual, ally, pansexual).

Whatever sexual expression these letters represent, the operative word for the recognition is ‘pride’. The underlying agenda of activists is to be prideful of what they believe is their identity, and what Biblically is their choice of free will. The activist agenda is to be proud of their sexual identity. Scripturally, pride is a major issue with God. Pride is a form of self-exaltation, justification and affirmation.  Proverbs 13:10 tells us through pride comes nothing but strife. A study by the US Center for Disease Control (2015) found that LGBTQ individuals experience far more violence from each other than non-LGBTQ individuals. For example 44% of lesbian women experienced physical and sexual violence from their partners.

Biblical history and scriptural context of right and wrong have never affirmed, approved, sanctioned or endorsed these particular choices for the human race. The fact that activists proclaim their pride reveals a root source of the problem.  Pride is a form of captivity to self. Under the New Covenant of faith and grace, Jesus can set people free of pride and false identities.  Therefore if the Son makes you free, you shall be free indeed (John 8:36 NKJV). When we are ‘free indeed’ we choose the identity of Christ and are set free from the inside out to walk in righteousness in our choices. Through Christ, captives can be set free from pride and choose to walk in humility.

Activists, and many who are caught up in the LGBTQ  movement, strongly proclaim all such people are ‘born this way’.  Even some activists question the assertion of being ‘born this way’.  Gay activist and history professor John D’Emilio once stated, “‘Born gay’ is an idea with a large constituency, LGBT and otherwise. It’s an idea designed to allay the ingrained fears of a homophobic society and the internalized fears of gays, lesbians, and bisexuals. What’s most amazing to me about the ‘born gay’ phenomenon is that the scientific evidence for it is thin as a reed, yet it doesn’t matter. It’s an idea with such social utility that one doesn’t need much evidence in order to make it attractive and credible.” In addition Camille Paglia, a social critic, academic, feminist, and lesbian, stated in her book Vamps and Tramps, “Our sexual bodies were designed for reproduction …. No one is born gay. The idea is ridiculous … homosexuality is an adaptation, not an inborn trait.“

However thin the science is, activists have convinced a large portion of America, especially in corporate and government institutions, that sexuality is a ‘born this way’ fact. A recent survey found that about 42% of adults believe people are born gay. This group of 42% was found to be primarily whites, females, political liberals, high-income earners, and those who seldom or never attend church. As a ministry leader I am somewhat encouraged that lack of church influence is part of the reason for such beliefs. That means there is hope that the church and courageous ministry leaders can and will counter such beliefs with Truth.

I challenge ministry leaders to speak Biblical truth to this cultural issue and to pray for the captives to receive the freedom Christ purchased for all of us. There are thousands of testimonies of men and women who have been set free as they chose Jesus Christ to transform their chosen identity into His redeemed identity. You won’t find these testimonies published in the mainstream media or in corporate or government institutions. I recommend Charisma On-Line as a good source of encouraging testimonies during the month of June. As we move through this month let us declare and intercede for freedom for the captives. Let’s proclaim June to be Freedom in Christ Month!!

Previous
Join a Small Group
Next
Crossing Over