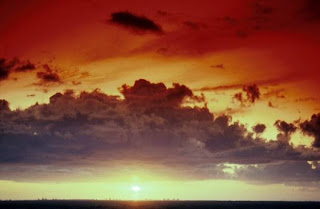 We close out 2011 having seen the Kingdom of God advance in the hearts of many people. As pastor and apostle I witnessed the evidence of His advancing kingdom. The advance of His kingdom in 2011 was preceded by the Truth of His Word, the unconditional Love of His Son, and the good news of Grace toward all who believe.
People who embraced the advance of His kingdom had to make room for that kingdom in their hearts. They released offenses and judgments, discarded wrong belief systems, disengaged from co-dependent relationships. In their place came the kingdom character of pure hearts, truthful beliefs, and healthy interdependent relationships. This was often painful individually and corporately, but those who endured entered a new place of freedom and faith. Every advance of the Kingdom of God starts in the hearts of His people, before it extends to the hearts and minds of governments, educational institutions, denominations, and nations.
As we transition into 2012, the Holy Spirit is leading each of us in the context of a bigger picture. 2012 will be a pivotal year for the church world-wide. Each person in the Body of Christ has a role in the kingdom beginning at the most basic level of the local fellowship of believers. As each person allows the Kingdom to expand in their hearts, the local fellowship expands its corporate heart. As each local fellowship fulfills its call and purpose, His kingdom advances to the pre-Christian, to denominations, and to governments and nations. 2012 will be a pivotal year for each believer to continue their personal expansion of the kingdom at the expense of leaving behind circumstantial distractions, the cares of this world, and the desires for other things(Mark 4:18,19). Personal decisions will affect the destiny of churches, of elections, and of nations. Advance truth. Accept His unconditional love. Embrace the good news of grace!
Previous
Christmas Gift...of Competence
Next
2012 - a ‘Pivotal’ Year